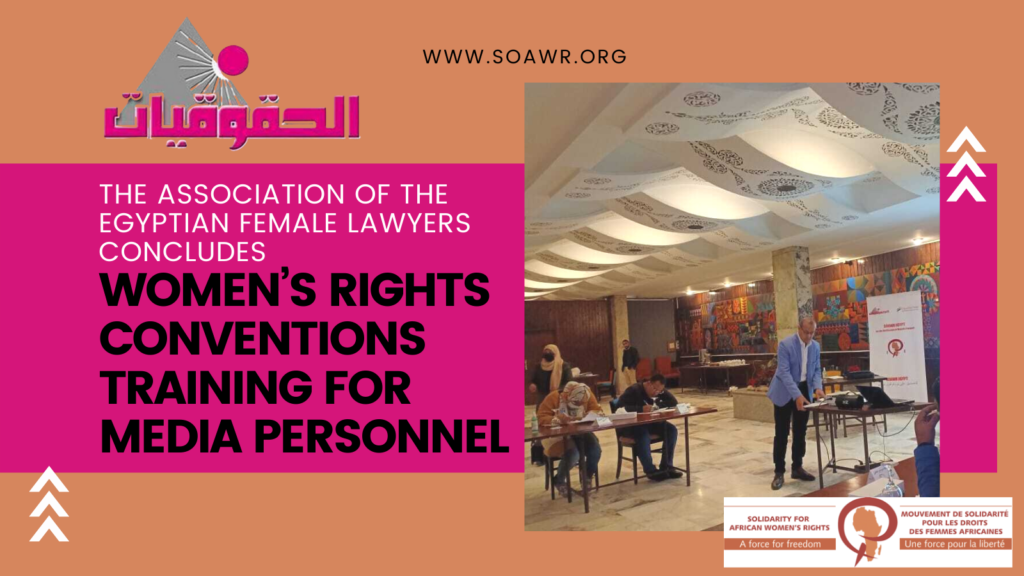 The Association of the Egyptian Female Lawyers has concluded the activities of the training for media personnel which was held in Luxor on 14th and 15th January 2022 about women’s rights in international conventions. The training was attended by 20 distinguished journalists who represent the following governorates: Minya, Assuit, Qina, Sohag, Aswan and Luxor. The two-day training tackled many important topics such as women in international conventions, concept of women protection, national system for protecting women’s rights, the CEDAW Convention and most national legislations for supporting women’s rights. Also the training tackled the acquirements enjoyed by women after the constitutional amendments in 2014. In addition, the training shed light on African Union Protocol of 2003 (MAPUTO Protocol).

The international conventions regarding women’s rights have been discussed; the most important of which was CEDAW Convention along with the countries which signed the conventions and the articles reserved by some countries as they contradict with the Islamic Sharia, legal and national systems of this country. Moreover, the articles of the MAPUTO Protocol were presented in addition to highlighting the role of media and media personnel in showing the positive image of women in various media means and professional principles to address women’s issues. Throughout group work in the training, the journalists assured the necessity of working upon different programs which show the importance of women’s role in society and their role in sustainable human development and its effectiveness in implementing the Strategic Plan of Egypt of 2030.

The media personnel also emphasised the necessity of adopting women friendly media which focused on raising awareness in regards to women’s role and gender equality in different life fields in addition to monitoring dramatic works which try to dedicate for the stereotyping image about women and finally they assured shedding light on the effective women leaders in society to be an example for other leader young women.

Egypt is one of just three African countries yet to sign and ratify the Maputo Protocol. 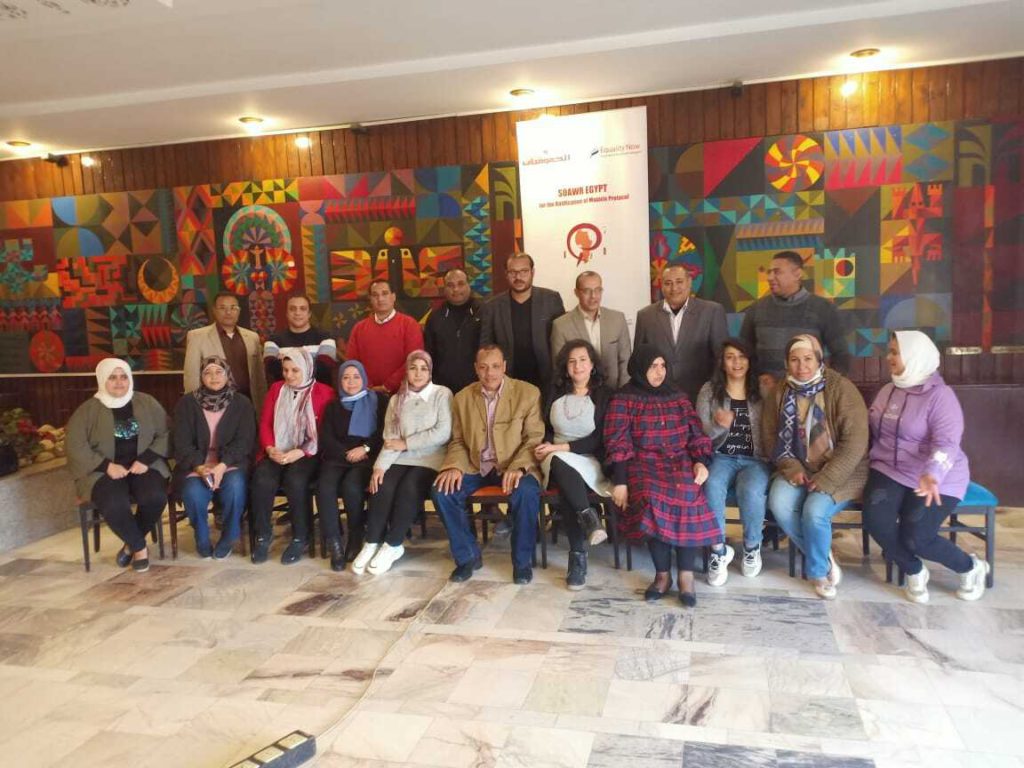