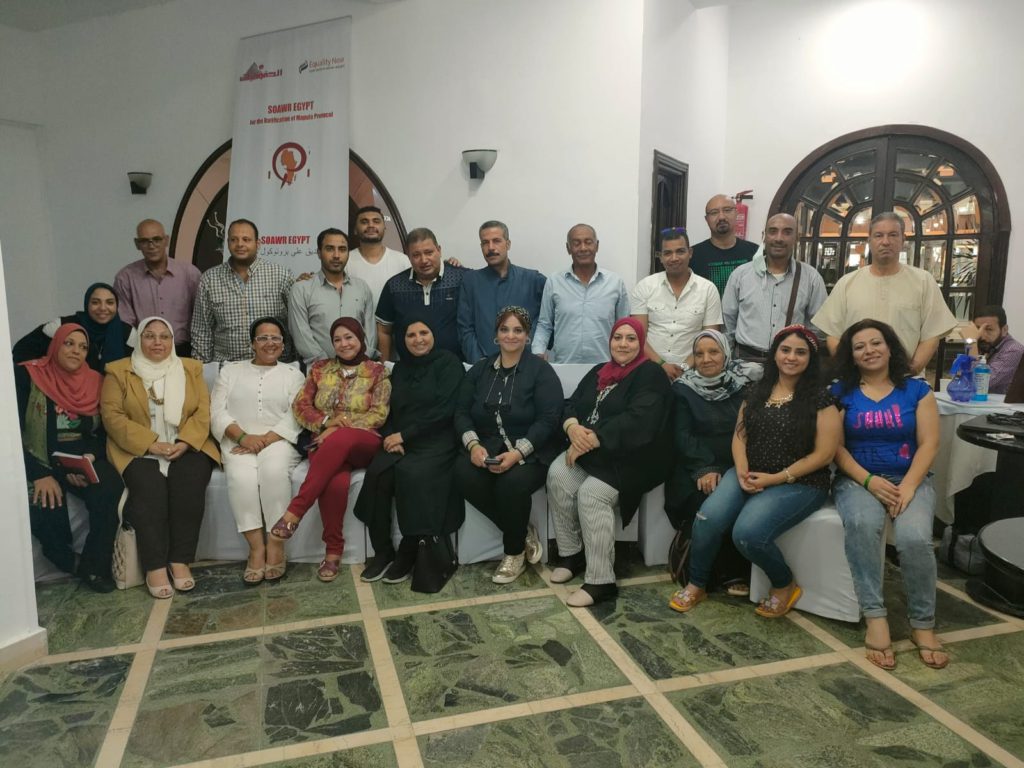 AEFL Training on the Maputo Protocol

In the context of its social and awareness role, the Association of the Egyptian Female Lawyers (AEFL) – holds the consultative status with UN ECOSOC and run by Ms. Rabha Fathy – held the first training in Marin Inn Hotel in Hurghada to train NGOs and rehabilitate them to work upon the project of “Ratifying the Agreement Protocol of MAPUTO regarding Women’s Rights in Africa”. This protocol comes out from the African Charter on Humans and Peoples’ Rights issued in 1981 and which tackles all problems, crises and difficulties faced African women in addition to putting an executive agenda to which all African countries commit in regard to women’s empowerment and overcome and combat all violations forms women are exposed to.

The training mainly aimed at reviewing the protocol’s articles and explaining its texts as means of creating pressing public opinion in order to persuade the Egyptian authorities to take steps towards signing it and integrate it in the system of national legislations especially as most African countries have signed and ratified this protocol due to its importance except Egypt and Botswana which have not ratified this important protocol yet. So through this training, AEFL targets raising awareness of NGOs in different Egyptian governorates regarding the importance of this protocol in addition to clear understanding of its articles and its commitments.

The training has included representative from each organisation (20 organisations) from Upper and Lower Egypt to raise awareness in regard to the importance of ratifying this protocol especially in the context of Egypt and its orientation which seeks to regain its power and influence in the African region and to be able to press on both Egyptian authorities and decision takers to ratify it to preserve all women’s rights without any discrimination inside society and also within the achievements and progress towards women’s rights field within the current Egyptian administration of the president Abd El Fattah El Sisi.

The training has ended with adopting many recommendations summarised as follows:

Source: AfricanFeminism, written by Namuddu Ann Lindah Mubeezi For the last 16 years, the legal protection and advocacy for the sexual and reproductive health rights (SRHR) of African women and

Africa Has the Right Tool to Protect Women’s Rights. It Needs to Use It

Source: African Arguments, analysis by Stephanie Musho.  18 years after African leaders adopted the Maputo Protocol, a progressive initiative by and for Africans, it is still yet to be fully