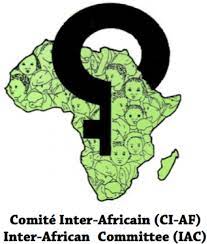 The Inter-African Committee on Traditional Practices affecting the Health of Women and Children (IAC) is an international and African regional umbrella body that has been working on policy programmes and actions to eliminate Harmful Traditional Practices in the African Region and worldwide.

Guinea Bissau signed the Maputo Protocol in March, 2005 and ratified it in June, 2008.  2010: The National ActionPlan (NAP) was enacted for the time period of 2010-2011. Data from 2016 does not show amore recent form of a NAP in GBV.  Federal Law to Prevent, Fight and Suppress Female Genital Mutilation–Law No. 14/2011-Passed in 2011 In August 2018, a proposed parity law was presented to the National Assembly, with the goal being it would increase women’s prepresentation in public institutions and government. In November, the parliament members approved it with amendments, making parity set to 36%. As of 2017,