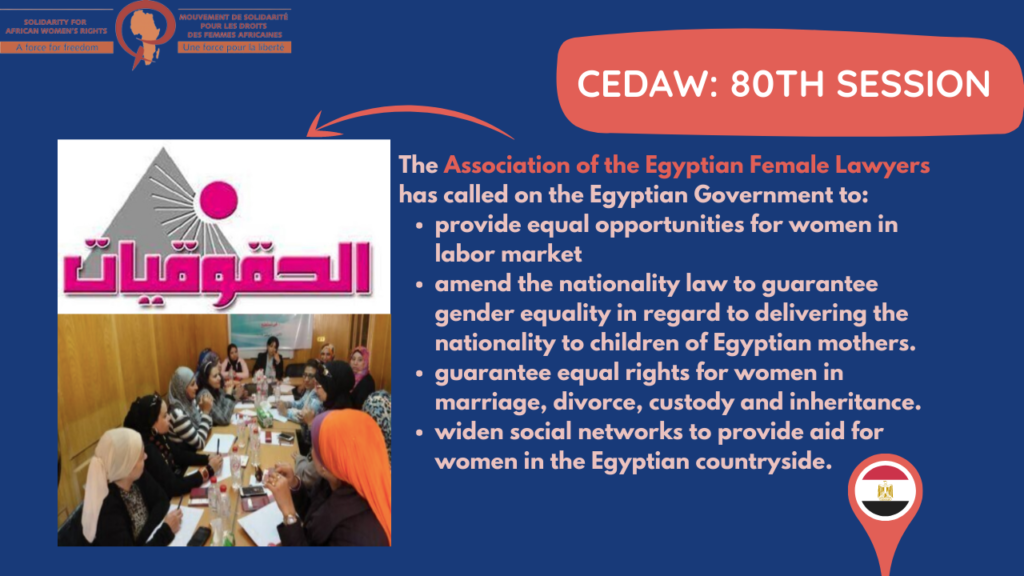 In the 80th session of the CEDAW Committee, the Association of the Egyptian Female Lawyers (AEFL) gave an oral statement at the public informal meeting which was held for NGOs to give their oral statements.

In addition, AEFL expresses its concern towards the increasing number of girls’ marriage especially in rural areas and also towards polygamy according to law. Also legal provisions in the field of personal status especially what is related to marriage, divorce, custody and inheritance especially in villages of Upper Egypt and does not guarantee equal rights for men and women.

Finally, AEFL calls the Egyptian government to continuously cooperate with UN bodies on the top of which CEDAW Committee in addition to take more measures to face cultural legacies which affect women empowerment. AEFL also encourages Egyptian government to widen social networks to provide aids for women in Egyptian countryside.

The SOAWR Coalition is pleased to introduce our 8 new SOAWR Members! We are now a Coalition of 71 members working across 33 different African member states. To find out