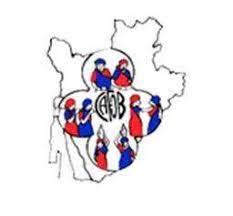 Le Collectif des Associations et ONGs Féminines du Burundi (CAFOB) is a non-profit, non-governmental organisation created in 1994 under the initiative of 7 women’s organisations and with the support of the Canadian Centre for International Studies and Cooperation (CECI). It was registered with the Ministry of the Interior January 20, 1997. It is composed of 63 associations acting in different sectors of development. CAFOB is also active in working with refugees and IDPs. It is a member of the African NGO Refugee Protection Network (ANRPN) and has a national plan of action, which it carries out in collaboration with other national NGOs.

CAFOB bases its activities on the fundamental human values which are: integrity, neutrality, solidarity, collaboration, skills and transparency.

A peaceful and prosperous Burundi which respects human rights and where women have the same opportunities as men and decide together for the future of the country.

– Strengthen the operational capacities of women’s associations and NGOs in Burundi.

– Train associations so that they can be effective actors in matters of peace, gender and development.

– Strengthen the operational capacity of member women’s associations and NGOs.

– Promote the emergence of female leadership and the full participation of women in the Burundian development process.

– Advocate for the participation of Burundian women in civil, political and economic life.